RUSH: Crail, Crail in -- there's no L in there. Henderson, Nebraska. Great to have you on the program. Is it Crail? Is that your name?

CALLER: Yes, it is. I really appreciate you getting it right, too. 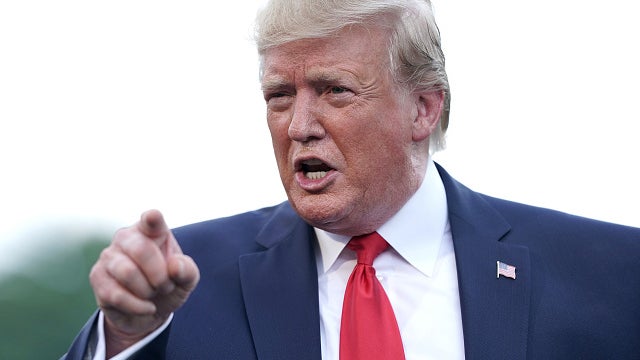 Like they're not offended by the fact that China has been undermining America for who knows how long, but we're not offended by that. We're offended by what Trump is doing in trying to fix it. When it comes to other countries speaking out against America and Trump sees that as anti-America and he says so and acts so, they get offended when they should be standing behind him and supporting --

RUSH: Well, you know what? This is actually, Crail, this is a brilliant point, and they do this with any Republican president, not just Trump. Boy, you have hit the nail on the head here of something crucially important. It's always America's fault. Now, with Trump, it's always Trump's fault. And things that our enemies or opponents do to us, they never call 'em out on it, they never sympathize with America.

And your point is that average Americans notice this. This is part of the magic of Trump. People have a president standing up for their country rather than having to deal with the media every day that finds one reason or another to trash America: Racism, sexism, bigotry, feminism, whatever you have it. And people are fed up with it 'cause we're not a rotten place. Exactly right.

RUSH: Alexandria Ocasio-Cortez is calling to abolish the Electoral College, saying it is a scam. You know, where to begin? This last caller that we had, by the way, was profoundly right about something that I want to try to expand on here in my own inimitable way.

And now that I see that Alexandria Ocasio-Cortez is calling to abolish the Electoral College saying it's a scam – (interruption) no, I'm not worried she'll succeed. It's the idea that we have an elected member of Congress that thinks the Electoral College is a scam. What that represents is a degree of ignorance about the brilliance of the founding of this country that's breathtaking to me.

And I think what's scary, if I may be serious here for a second rather than sort of half comical, is that this is frightening, the degree of -- or the lack of basic American education that people in school today are getting.

This is last night on Fox News. They had a guest on there by the name of Robin Biro who is the former Obama regional campaign director. And the question he was asked is this "In the past few years there's been a big increase in the number of Republicans who say colleges and universities have a negative impact on the country, but among Democrats that's not the case. What is going on here?" So again, this is a former regional campaign director for Obama named Robin Biro.

BIRO: What was interesting to me actually was that 20% of Democrats thought that way. I think if we were to look at that it probably has to do with the rising costs of education. You know, when textbooks cost you $200 a piece and you come out with his huge student debt and college is basically a checkbox now, and it just doesn't have the value it once did. But also I think that it comes to people like Rush Limbaugh who's been talking since the 80s about colleges indoctrinating liberals. I think that it causes some distrust.

RUSH: See? Even I am to blame for this although I happily take credit here because I don't think there's any question about it. I think there has been a systemic, systematic indoctrination of people, and it dovetails with what our first caller said. Do you realize how profound it is? He nailed something that irritates a lot of people that they've been unable to put their fingers on.

His example, you watch coverage of Trump and the tariffs or the trade policy with China. And the media gets offended at Trump. They get offended at the way Trump talks about the ChiComs or they get offended at Trump imposing tariffs when in truth they should be offended and angry at the audacity of the ChiComs to try to manifest and maintain a grossly unfair trade imbalance that Trump is trying to fix for the benefit of the United States and its people. And who do the media say is being offensive? Trump.

Now, I have long had a frustration with a group that I call "The Offended." Do you realize how powerful "The Offended" have become? Thirty years ago, 20 years ago if you were in your apartment and smoking a cigarette or a cigar, somebody living 500 feet away in their apartment with all the windows closed could say that that person smoking 500 feet away offended them.

And so whoever was offended was person suffering the grievance. And guess who got the sympathy? When in fact why is it whoever is offended is automatically accorded the primary status in any dispute? “That upsets me.” “Oh, well, we can't have anyone offended."

Well, it does offend Donald Trump. He's not through with this babe from Denmark. During his press conference he said (paraphrasing), "Look. There's nobody on my watch that's gonna talk about the United States this way. So I'm canceling my trip to Denmark. It was a serious conversation about buying Greenland from 'em. But if they're gonna insult me and this country, then I'm gonna cancel the trip. You don't disrespect our country on my watch."

Anyway, here's Trump's tweet. "For the record, Denmark is only at 1.35% of GDP for NATO spending. They are a wealthy country and should be at 2%. We protect Europe and yet, only 8 of the 28 NATO countries are at the 2% mark.” Meaning the dues that they pay. “The United States is at a much, much higher level than that. Because of me, these countries have agreed to pay ONE HUNDRED BILLION DOLLARS more - but still way short of what they should pay for the incredible military protection provided.”

So this is another one. When average Americans hear this, they stand up and cheer. This does not offend them, that Trump is speaking this way about the president or the leader of Denmark. But it does offend the media. And it offends the diplomatic corps, and it offends the Democrat Party.

So this guy that was on Fox last night, Robin Biro, he's exactly right. He says, “I also think it comes to people like Rush Limbaugh who have been talking since the eighties about colleges indoctrinating people.” Not only that, but the expense, the student loan debt. I'm on record for saying I don't know how many times that I think the very people administering all this are the ones that have destroyed the whole notion of a college education.

I'm not gonna go through the whole riff, but it took hold in the post-Depression days, that if you had a chance in America, you had to go to college, you had to get a degree. It was the only way you could get a job that was going to give you upward mobility and pay you a decent amount of money. And it was true for a while. And so every family, every parent, that was the number one objective, get their kids into college. It had to happen no matter what it took, scholarships, saving money, student loans, without that, parents considered themselves failures.

Now look at what it's become. Most people graduate with loan debt that's gonna take them over a decade to pay off. The prosperity that a college degree is supposed to enable has been delayed and delayed later in life if it happens at all. Who has done this? The people running the program, the people running this idea that your kids don't have a prayer unless they go to college.

So they get everybody believing that and they get 'em to college and they start teaching 'em Marxism and they start teaching 'em communism and we get people like Ocasio-Cortez, who has a degree in economics from Boston University and doesn't know the first thing about economics and now wants to abolish the Electoral College because it is a scam, therefore demonstrating she has not spent a serious moment at all in education on her own country. 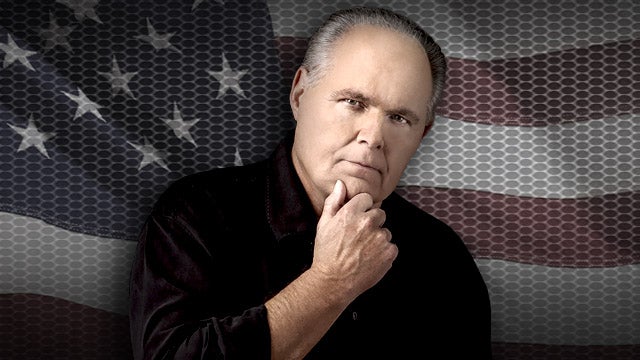 Now she's been elected to Congress. And you just can't run around saying that's stupid. But I can say it offends the hell out of me that she thinks the Electoral College is a scam. The Electoral College, do you know why it's there? I mean, just the bare, basic term? It is there to make sure that the populous states do not elect the president every year.

That's why the Electoral College. That's why the popular vote does not elect the president. Because less populous states are given weighting, if you will, to counterbalance the fact that they don't have the population numbers to keep up with populated states, wildly populated states. The Electoral College is the ultimate in fairness and equality of distribution of power. But she thinks it's a scam. It's embarrassing.