RUSH: I want to get some of the audio sound bites here of the some of the Drive-By Media that happened last night and this morning after Iran launched its impotent little salvo at a couple of bases in Iraq where Americans were stationed. We have a montage here -- this is audio sound bite number 3. This is literally the Drive-By Media praising Iran for intentionally causing no casualties and saving the world from the madman, Donald Trump.

Now, let me give you the timeline of this. Last night when Iran launches its missiles, which we all saw in cheap, standard definition video, we saw two launches and they were looping 'em, made to look like a constant barrage of launches, but it was just two, a cheap fireworks show. And so everybody in the media is in a state of panic. “Oh, my God. Oh, this is what we feared. The awesomely powerful, omnipotent Iranians are gonna wipe out America. Oh, my God. It's all Trump's fault. Oh, my God. Oh, my God."

Then we learn that the Iranians didn't hit anything, by design, that they were engaged in a face-saving maneuver designed appease their own out of control wackos in their country, but they knew full well they didn't want any part of Donald Trump. They tipped us off that these missiles were aimed at nothing.

So the Drive-Bys, when they learned that -- there's that video right now, Snerdley. There it is. Well, that launch they didn't have last night. CNN's running the video that I'm talking about. Cheap SD quality video that Iranian TV provided. At any rate, so now the Drive-Bys -- yeah, our little montage here -- go out of their way to praise Iran for restraint in purposely avoiding American targets so as to not provoke our madman president.

RICHARD ENGEL: This was a calibrated response. We’re still waiting to hear from President Trump. Is he going to come out and taunt the Iranians?

ERIN BURNETT: Was that intentional? By Iran, to not have there be American casualties? To provide an off-ramp?

BRIAN WILLIAMS: Off ramp. Zero casualties. Does that afford the president of the United States an off ramp?

ANDREA MITCHELL: Iran deliberately missed. They have such highly precise missiles. We know that they can do this if they really want to.

JAMES CLAPPER: The administration, skated by another one. We may have dodged a bullet here.

BRETT MCGURK: We kind of dodged a bullet.

DEXTER FILKINS: If in fact they didn't kill any Americans, then we all got lucky.

CHRIS CUOMO: Who's going to give that message to the president? If he’s listening tonight, God bless him, I hope you're trying to be your best self.

MAX BOOT: I would hope that President Trump would take this opportunity. 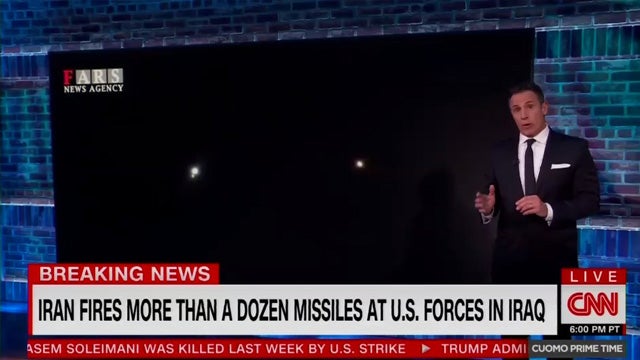 Let me give you some of the identities here. It was Andrea Mitchell, NBC News, Washington, who said Iran deliberately missed, they have such highly precise missiles, you know. We know they can do this if they really want to. Oh, yeah, see? The Iranians are unstoppable. We can't stop 'em. We can't beat 'em. The Iranians, man, we're lucky they were being so nice. We're lucky that the Iranians purposely missed, otherwise, oh, we don't even want to think about it. 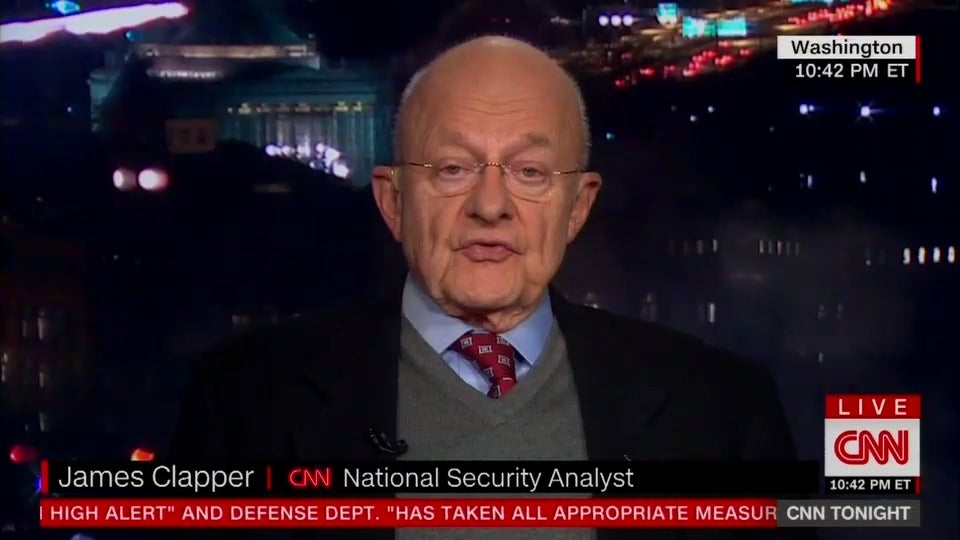 These people cannot even conceive of the fact that we're the good guys and that we have the precision and that we have the ability to project power that the Iranians can only dream of. No, it's all from the standpoint that Iran holds the cards, Iran's running the show. James Clapper of the Trump-Russia coup effort, "Well, the administration skated by --" See, Trump is just an idiot, wandering around in the White House, doesn't know what's going on and he dodged a bullet because the goodness and the good graciousness of the Iranians.

MITCHELL: By saying that, again, as he has said for years, that in the Iran nuclear deal, that he provided — that the Obama administration provided $150 billion, that’s just not factually correct, that was unfreezing the frozen Iranian assets that have been frozen since 1979 when they took the hostages, the 52 hostages and took over our U.S. embassy. So the Iran nuclear deal did allow Iran to get back its own assets, and that’s a lot of the money that he is describing. 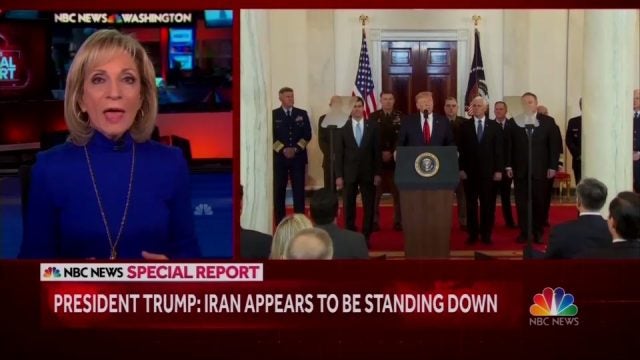 RUSH: Okay. Is this not a difference without a distinction? We had put sanctions on Iran since 1979. They took 52 hostages. And what's Obama do? Obama comes along and pretty much apologizes and unfreezes the assets and then delivers the cash to the Tehran International airport on a pallet. We saw it. It was Obama who delivered the cash. They want to split hairs over whether or not it was our money or the Iranians' money.

But regardless, they cannot permit any criticism of Obama. And so that's what Trump did today. Trump blamed all of this -- he said these missiles, these missiles launched on our targets last night were paid for with money from our previous administration. And that's Obama. And it's true.

In what sane world does a president of the United States deliver $1.8 billion in cash? That's what Obama did all throughout his effort to appease -- and then sign the stupid nuclear deal with Iran, which today Trump urged the ChiComs and the Russians to also get out of. And what do you bet they will? Chuck Todd, NBC, also distressed that Trump blamed Obama in his speech today, claiming that Obama made it possible financially for Iran to launch the missiles last night.

TODD: They did, and he took it. Ummm, but he didn't want to look like he took it. You know, we're glossing over that. The sitting president of the United States (snickering) accusing essentially the previous president of helping to finance, uh, Iranian weapons is -- is -- is quite remarkable that he's willing to push the envelope like that with the office -- with this office. I mean, I guess at this point we shouldn't be surprised that he does these things anymore. It's still (snickers) a remarkable thing that he actually did it. 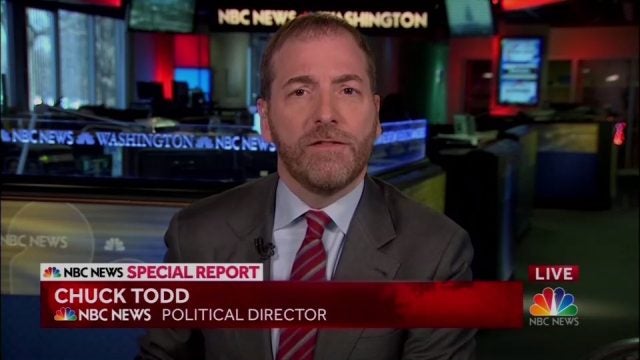 RUSH: Yeah? What is remarkable, Chuck? Is it remarkable that Obama did it and that Trump is pointing it out? Should Trump just not mention these kinds of things? Is that the way it works, that current presidents do not say critical things of their predecessors? These guys still can't figure out that they're dealing with somebody entirely outside their sphere. They're dealing with somebody, Donald Trump, outside their bubble -- and they don't even now know how to process it. They live in a constant state of disbelief, being offended.

"How dare he say that about Obama!"

But it all happened. It all happened. I don't care whether it was Iranian money that had been frozen and unfrozen. I don't care if it was our money. Obama delivered it, and why did Obama deliver it? Why was Obama trying to appease Iran? Because of a failed philosophy about how to deal with enemies, and that philosophy -- through many previous administrations, not just Obama's -- was rooted in the belief that it's all the United States' fault. And if it's not our fault, it's certainly within our power to control.

"We're so big and so powerful, and that alone frightens and intimidates and provokes." So we've had a succession of administrations and a constant civil service corps -- State Department ambassadorial corps -- who have believed that the United States, by virtue of our achievements and existence, is a destabilizing force in the rest of the world. And we've got a president who doesn't think that, thinks the exact opposite -- and this is what that looks like.