That's how you get bridges to nowhere and the Cornhusker Kickback and all the rest. The answer to their political interests; markets answer to economic interests. If you open a business and it has no profit, the business goes away. If you start a government program that has no profit, it gets expanded. So you have a misallocation of resources, almost by definition, under government spending, and that will slow economic growth. 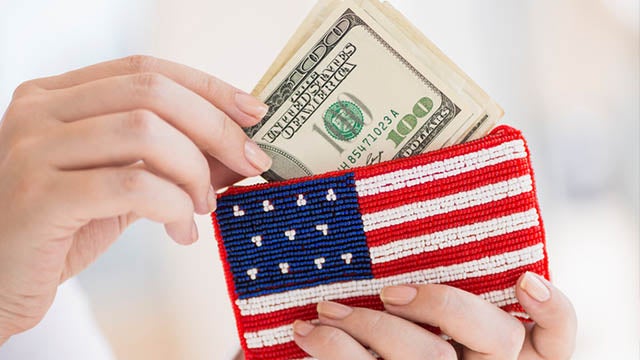 You won't replace the capital stock. You'll be diverting consumer wishes and desires for government tanks. You know, we gotta be honest about this, folks. We really do as conservatives, as people who believe in a maximum efficiency and a rising tide of economic growth for the most people. In a perfect world... Even though this is the chief object of the central government, national defense, in a perfect world you wouldn't have to have one.

You don't eat tanks. Armaments don't satisfy a human desire as you're sitting in your house waiting for the heat to kick on in a Minnesota winter. Now, it's a necessary expenditure because we've got to preserve our safety and our liberty. But it is an economic misallocation nonetheless. There's a lesson here. I'm not advocating that we don't have a defense.

I voted to plus up the DOD when I was in Congress. Not as much as it eventually ended, but I think it needed a little bit more. However, after World War II, the last time we had a debt-to-GDP ratio of over 100%, when we drew down after World War II... The war ended rather quickly. We drew down in 1945 and '46. Every single liberal demand-side economist said, "We're gonna go back to the Great Depression," as we had before the war 'cause the war and government spending pumped everything up.

That demand side I was talking about. What happened? We had the greatest post-World War II boom in American history. Unemployment dropped to 3.9%. Assets were reallocated from government spending to private sector, efficient spending. Rationing food and tires and everything under the sun -- gasoline -- stopped as production grew. Markets reallocated the assets.

All we need to do in this pandemic-driven war is reopen the economy, have government quit spending and regulating, and you'll see a boom. Unfortunately, Biden's infrastructure plan (which isn't infrastructure at all) now has earmarks with it. You know, I heard this before. But in the 115th Congress, the one that I worked with President Trump in, there was a push at our first Republican conference meeting to restore earmarks.

You go back to the Bridge to Nowhere. If you go back to all of these ridiculous earmarks that were attached that drew so much enmity from the average voter, "Well, we don't want to let these bureaucrats spend money. Let's let legislators spend the money." No, how about no one spends the money? It's not who spends the money. It's the amount we're spending. We are spending $6 trillion a year. When I was in Congress, it was four1

That's a couple years ago. It's not a matter of who gets to spend. It's a matter of how much. We are bankrupting the country -- and you can't tax, inflate, or borrow your way out of this. Sooner or later, we're gonna have to get over this nonsense. Sooner or later, we're gonna have address the real problem. We cannot become tax collectors for the warfare state. We've got to address the welfare state.

Rush had a great, great view on earmarks not long ago, a couple of years ago when this thing was really coming to a head around 2010, and here's what El Rushbo had to say. 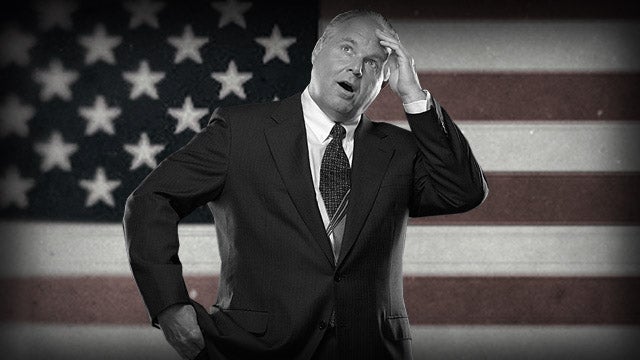 RUSH: The people who are a little squishy on getting rid of earmarks say, "Look, it doesn't amount to anything. It's less than one-tenth of 1% of the budget. It's silly to plant the flag on earmarks." Yeah, I agree if the objection to earmarks is simply to save money. But that's not the real problem with earmarks. The problem with earmarks is that they are used as bribes to thwart the will of the people.

If there were no earmarks, you wouldn't had the Cornhusker whatever it was and you wouldn't-a had that Ben Nelson being bought off for his health care vote, and all of it would have been academic. The problem with earmarks is that they are used -- and members of the Senate and House love this. They're used as bribes. "Okay, Ben! You don't like health care? Well, how about if we send a little earmark for Nebraska your way? We're gonna exempt you from it for ten years."

"Oh, Good Lord, I love that! I get reelected." The Cornhusker kickback. I mean, that's classic illustration of what's wrong with earmarks, and this is why senators want them. Louisiana Purchase. Do you realize without earmarks they'd-a gotten nowhere on health care, because they're just bribes? So earmarks are undemocratic.

Some of the Republicans like earmarks and the bribing. Yeah. Does anybody doubt that's what they're for? Look, in terms of saving dollars, it's like spitting in the ocean. If you eliminated all the earmarks the effect on the budget, you couldn't even see it. But the purpose of earmarks is bribery, and of course then how would Congress survive without bribes?

Kickbacks, that kind of thing. Well, it would be fun to see how Congress would survive without bribes. But does anybody disagree with me that that's the real purpose of an earmark? They're not budget busters. It's how you get a bridge to nowhere. It's how the will of the people gets thwarted. Without earmarks you wouldn't-a had enough votes for health care in the Senate, I don't care what Pelosi did in the House. 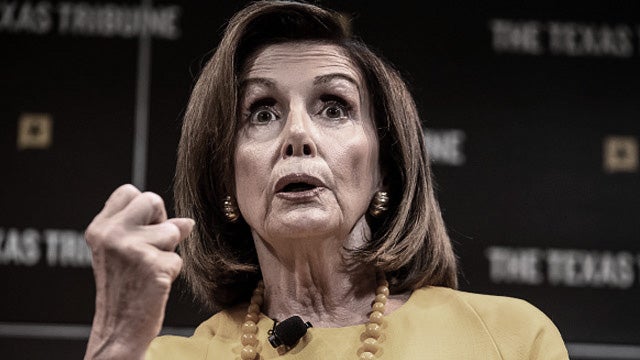 JASON: Yeah, Rush is exactly right about that, and that's why Pelosi reinstated them when we had gotten rid of earmarks in the -- well, long before I got there, but we sustained that, and now they're back. With you imagine this infrastructure bill now with earmarks? Oh, my gosh.

About The Rush Limbaugh Show